100 years after the birth of the author and intellectual Julio Cortazar, who’s stories explored the border between reality and fiction, the Urban Dance Theatre Low Air from Vilnius embark on an excursion into a surreal world.

Today we live in a world where the lines between facts and fantasies seem to be continuously blurred. The highly dynamic performance by the Lithuanian collective picks up this development and casually drifts from everyday realities in a world of fantastic reality.

The performance ‘Game Over’ revolves around game perspective, inviting audience to witness the collision of reality and dreams. Spectator feels as in particular situation, considers relationship with others and themselves. Subtle feelings interfere with fiction and magic, while becoming inevitable element of movement and sight.

Cortázar has this magical realism which inspired artists’ imaginations for a while. Writer's stories particularly vivid, and they have become a map for motion and choreography, along with the possible storyline for the dreams and reality.

On the stage - two dancers, live music and a touch of Cortázar.

Delirious choreographies capable of highlighting the encroachment between dream and reality, but also the irreducible tension between the individual and the outside world. The dance becomes an epileptic convulsion in an instant, all of which is cadenced by the tenacious and powerful sound of a drum machine played like a rock concert, between grotesque and dramatic tones. [Alessandro Alfieri, Persinsala Teatro, 2018]

The project is perfectly orchestrated, a subtle and innovative interaction between dance, music and relationship with the public. <...> ‘Game Over‘ is a performance that combines with force evocative and irony the fatigue of the bodies and the power of dreams, it plunges us into the obsessions of our life and into the world of a great writer. The game begins, the game ends continuously, the rules are built together. [Federico Betta, Altroquotidiano, 2018]

That was amazing - so much passion and sensitivity, and body virtuosity, and humour, and irony. It's like my dream about Rene Magritte paintings, computer games and rave parties all in one, Julio Cortázar is also here as promised. [Olia Zhuk, Creative director at Dovzhenko Centre (Ukraine), 2017]

Recommended for those who dreams colourfully and appreciates visual theatre. [Goda Dapšytė, 370February #51, 2017]

Two dancers, carefully dressed, in three squares of light - everything takes place, running, drowning.... Musical accompaniment begins with ancient trumpet sounds and ends with a quiet waltz. In the middle, everything is possible. Both in dance and in music. Figures from the Surrealistic world of Corteser become real. [Dan Ben Ari, Tel Aviv, May, 2018]

No, it wasn’t just a contemporary dance performance. It was some sort of Gaspar Noe film, some kind of cosmic combination of urban culture, performing arts, contemporary music performed live on stage, perfect bodies, sarcasm, suffocating minimalism, self-exploration and even piles of everything. [Dovilė Filmanavičiūtė, 2016]

Movement and music told stories and I didn’t need any words. Live music and a minimalistic style perfectly fitted into the set! [Unė Kaunaitė, 2017]

Go and enjoy, because this is a high pilotage by the way it catches. This is a game, let yourself to accept it. [Marius Giedraitis, 2017]

‘Game Over‘ was fascinated performance which caused many thoughts to the depths of the soul. [Eglė Aidetytė, 2017]

The performance presented at:

Persons under 14 years of age are not admitted. 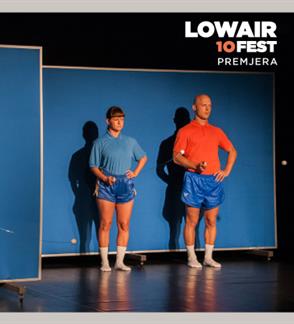 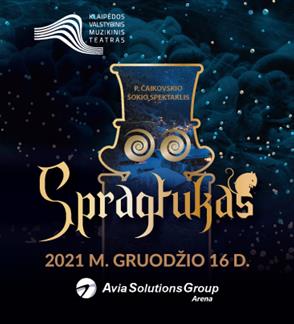 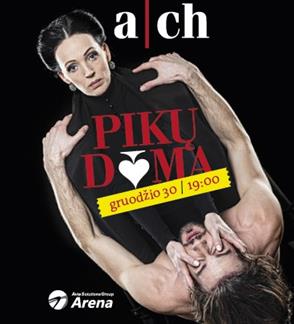 A|CH premiere "THE QUEEN OF SPADES" 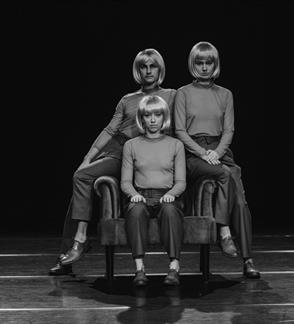 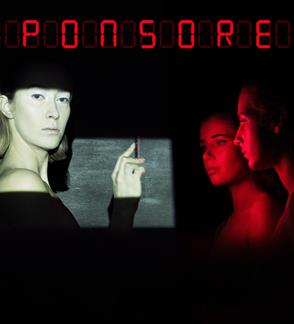